The DVIM-G series employs the special mechanical filter system and the unique isolator design to lower its resonant frequency as low as possbile to effectively reduce floor vibration, delivering 80 – 90% vibration isolation at 5 Hz.

The dual chamber system of the DVIM-G series consists of an air chamber and a damping chamber connected
by two orificies : variable orifice and internal orifice. The variable orifice located outisde of the chambers and
the internal orifice located inside the chambers. Theese orificies control air flow between the chamberes to increase
damping efficiency and reduces its settling time. As the high forces of stage accelaration occur, the air chamber
makes a restoring force and air flows into the damping chamber through the orifices. These orifices dissipate energy
in the air, effectively damping the system.

The DVIM-G series is equipped with external oil dampers, dampening and minimizing disturbances caused by the
linear stage motions. Unfortuantely, there is a trade-off between the resonant frequency and damping efficiency.
As damping is increased, the resonant frequency of the DVIM-G isolators shift slightly higher and the efficiency of vibration isolation performance is decreased. 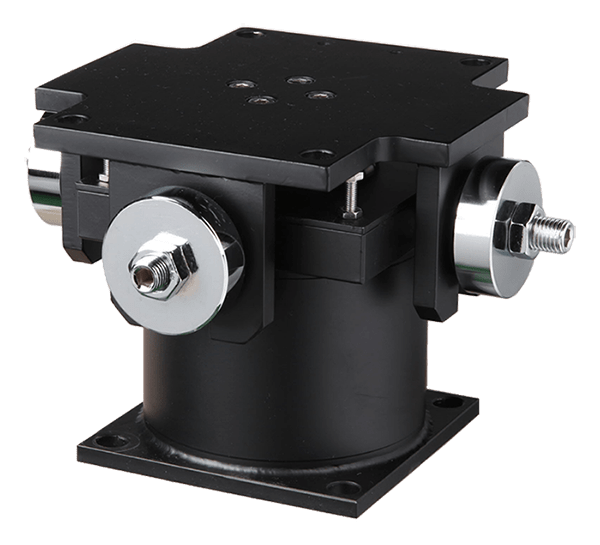 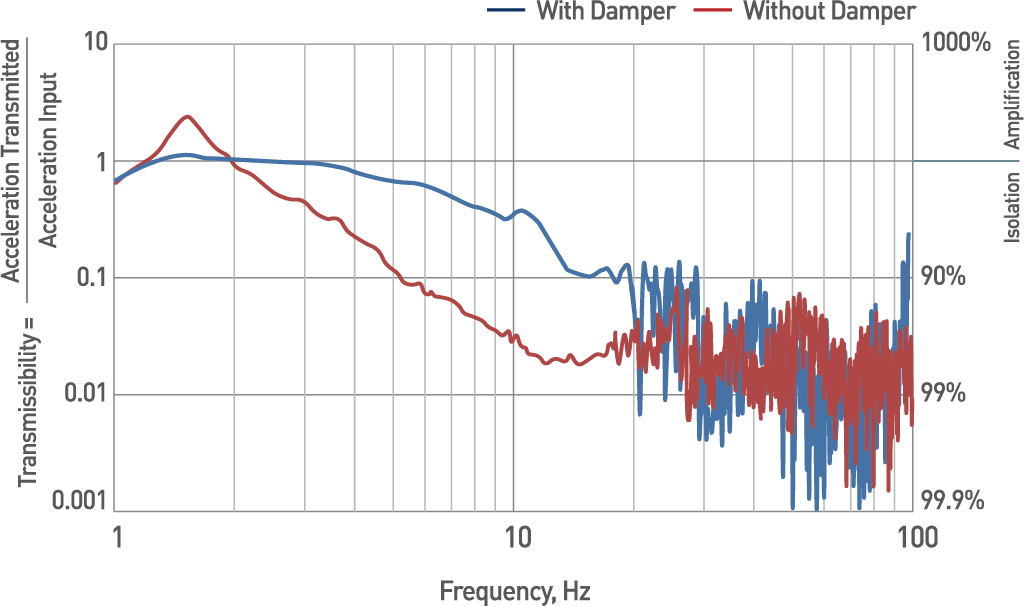 The external oil dampers are installed with stoppers to limit the linear stage from moving beyond certain
stroke range in the three horizontal directions.The oil dampers provide high level of damping by
restriction force created by an oil inside the dampers. The higher the visocosity of the oil,
the stiffer pneumatic vibration isolators leading to reduce the settling time,
but the transmissibility roll-off rate decreases. 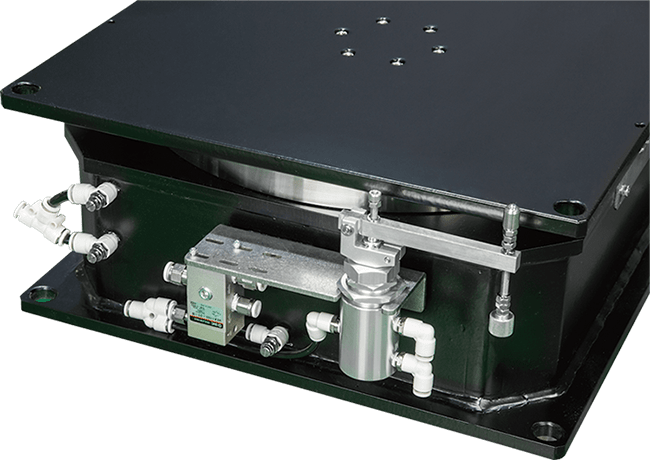 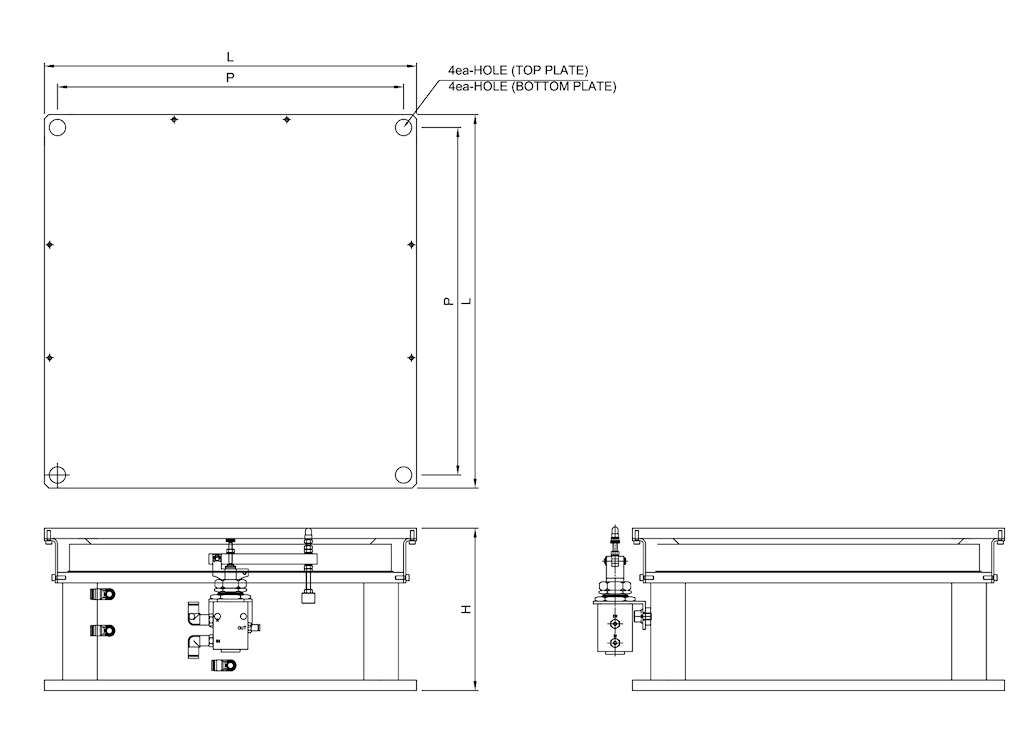 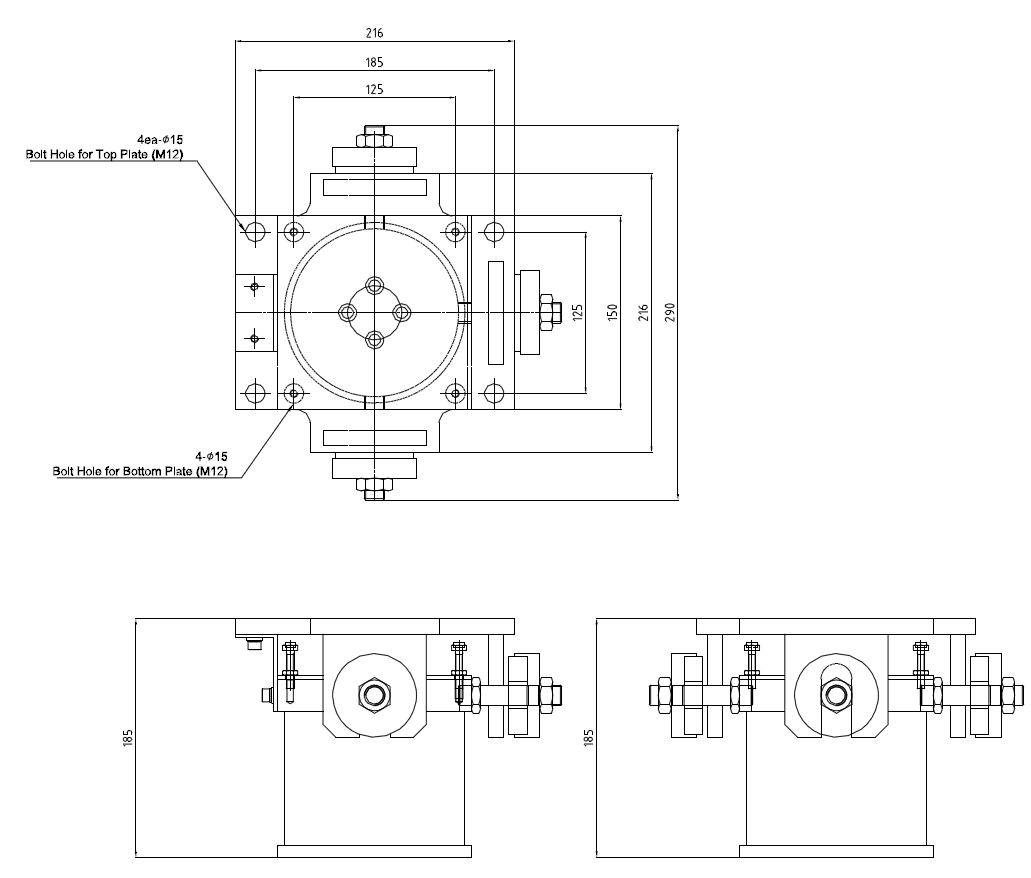